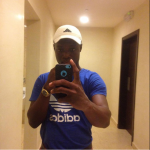 Fat grafting is used in a Brazilian butt lift, which produces natural-looking results.

1.The technique is normally done under anesthesia, although in cases where just a little amount of fat is transplanted, it can be done with just a local anesthetic.
2.The fat from other parts of your body, such as your hips, stomach, and thighs, is then removed through liposuction.
3. The fat that was just extracted from your body is cleansed and prepared for injection into your buttocks.
4. To get a more rounded, full appearance, your surgeon injects the processed fat into certain areas of the buttocks.
Finally, Stitches are used to seal both liposuction and fat transfer incisions.
Now let’s get to the craziest part of BBL according to some social media commentators.
“The strange thing with BBL is that you have to work out to keep it up.
I’ve seen a couple of YouTube stars have BBLs up to three times as a result of their weight increase.
Or the person who is exclusively on a keto diet to avoid gaining weight.
I don’t see the benefit of such a risky procedure.”
“Touching your body has the drawback of requiring you to do so till you die.”
apparently this is like a cos 90 job if you don’t become a gym rat. You have to subscribe to a gym to maintain your body daily.
Other commentators added that
“No one tells them about the meds and pills they take to maintain the body…it’s a never ending cycle if you don’t have the money to maintain it ..I feel sorry for you”
“The pain after the surgery, one won’t be able to sit well for a long while. It’s dangerous but there’s an upside for those who are intentional about it.”
after gathering the aforementioned comments it makes you wonder whether it’s worth it to have an aesthetically appealing buttocks that will make you popular on the gram but be miserable inside.