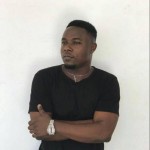 Considering  that Shatta Wale   has been an advocate of respect and honour  for women, it was shocking, to say the least, when he descended on Jackie Appiah  and made unfounded sexual allegations against  her, Majid Michel ha said.

According to the actor, whiles he will not judge from afar and  chastise Shatta Wale for the outburst, it is imperative to refer the musician to a course he [Shatta] has been championing. He emphasized that Shatta Wale, by attacking Jackie Appiah, contradicted himself.

“For Shatta  to come out that way, with derogatory words, saying very bad words to the public… But Shatta, you’re the one that said we should protect and honour our girls. You said that not too long ago. You said it so many times so I was shocked to see that. That is dishonour. Regardless of what the girl did… because honour is to protect the person even if you know the person is wrong”, Majid said on United Showbiz monitored by GhanaWeb.